Tweets from the Vault

Tweets from the Vault

I built a thing!

I keep linking people to old blog posts of mine. Sometimes it’s to solve a problem that was solved a long time ago; other times it’s to make a point that the argument they’re having isn’t new. Either way, there’s a whole bunch of valuable content locked up with nothing but an “Archives” link on a web site to show that it ever existed.

I went looking for a way to re-publish some of this content and couldn’t find anything that did what I wanted. Thus, Tweets from the Vault was born.

Tweets from the Vault is a paid service that will pick a random item out of any set of RSS feeds you give it and tweet it from your account. 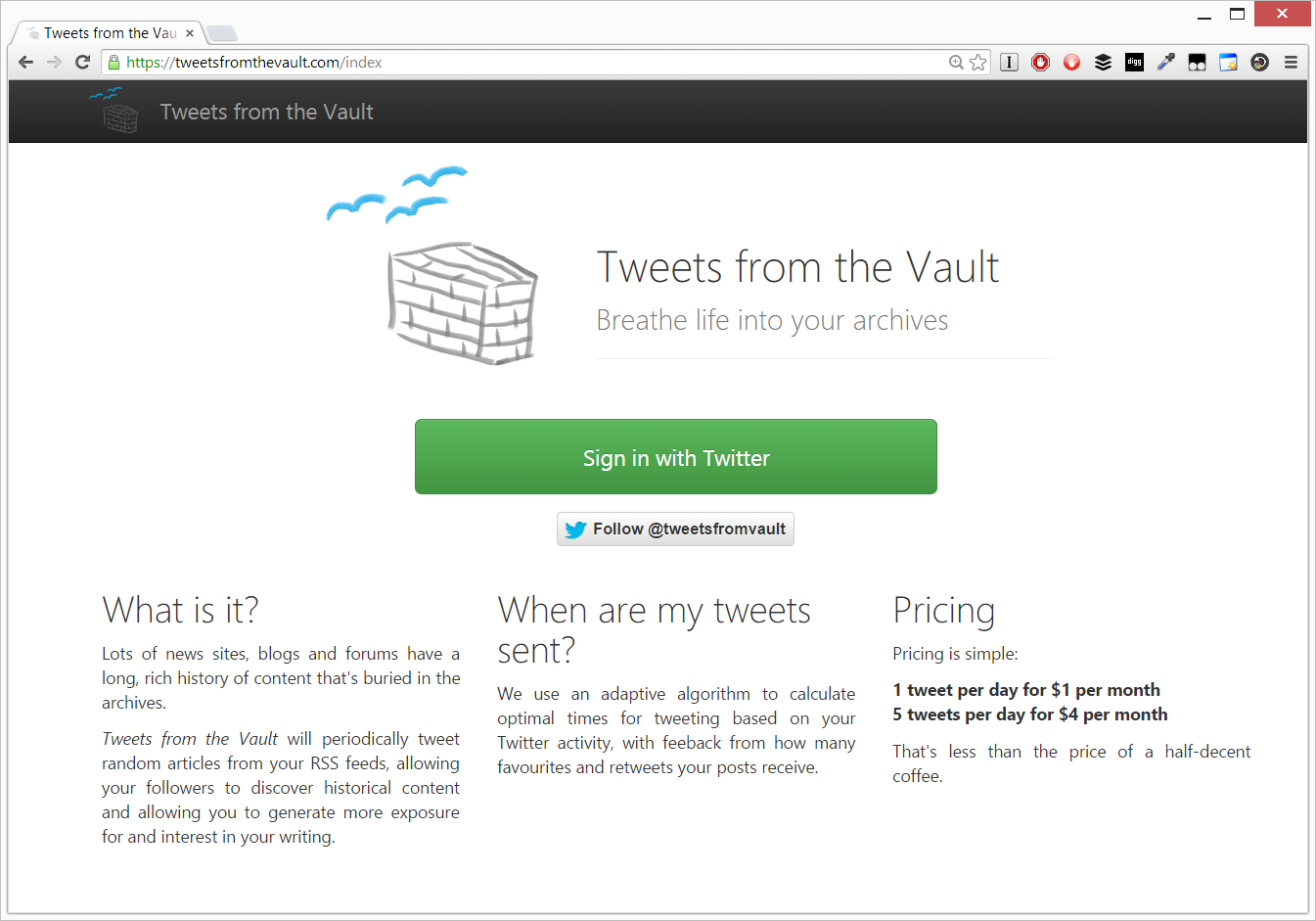 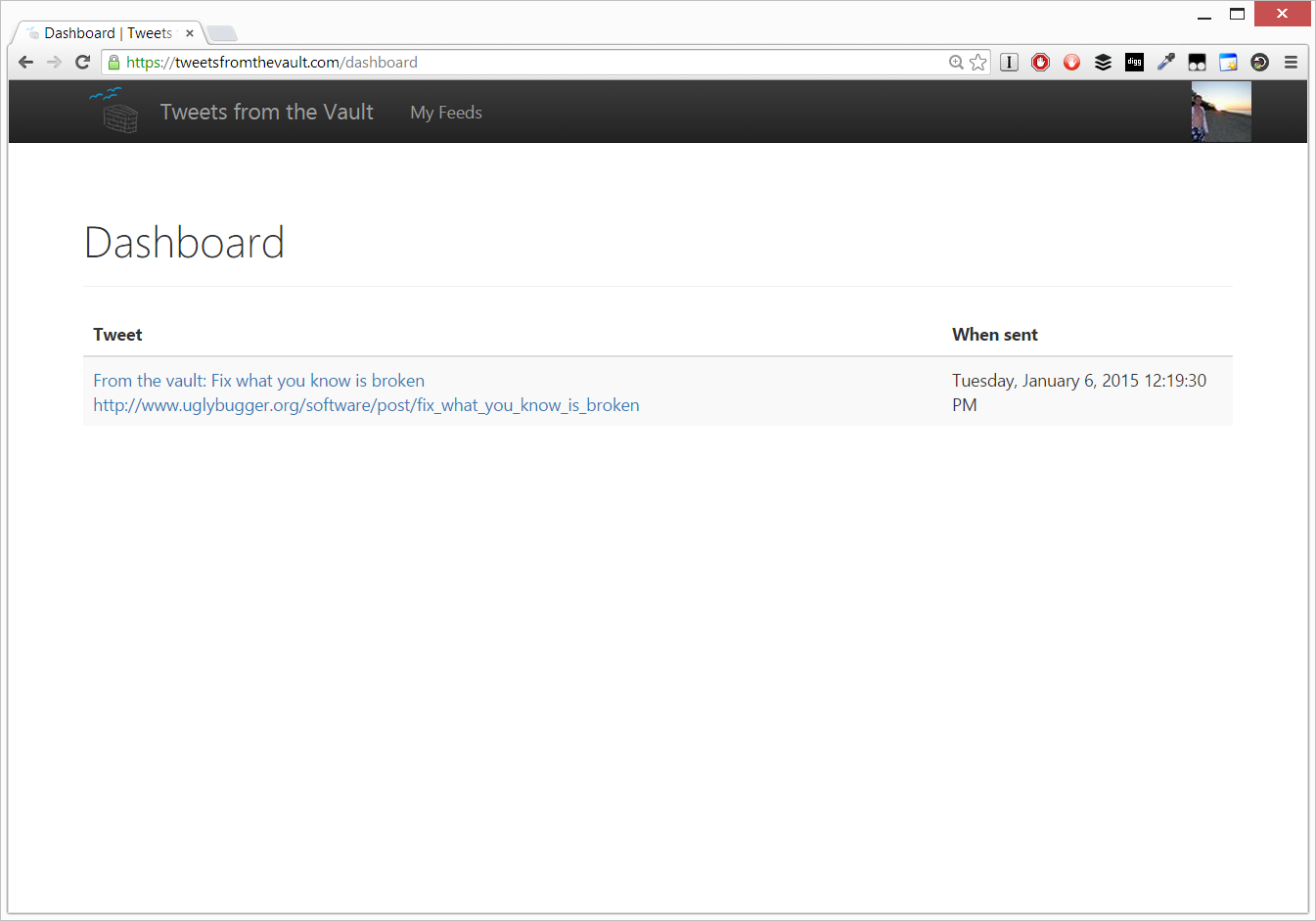 I’ve priced the lowest plan of one tweet per day at $1/month. That’s less than the average person would spend on electricity to power their laptop for the month, and way less than you’d spend on even a half-decent coffee.

You’ll be seeing it in my Twitter feed - and I hope I’ll see it in yours :)

I'm also a co-founder at Stack Mechanics, one of the organisers of the DDD Brisbane conference and, in my spare time (ha!), I also run my own photography business, Ivory Digital.

I have a number of small open-source creations, including Nimbus, ConfigInjector and NotDeadYet, and am an occasional contributor to several more.

I'm a regular speaker and presenter at conferences and training events. My mother wrote COBOL on punch cards and I've been coding in one form or another since I was five years old.